Located at the foot of the path to Laferrière Citadel, this palace completed in 1819 housed both the royal residence and the new monarchy.

The architectural ensemble covers an area of ​​8 hectares and includes: the royal residence, the administrative buildings, the barracks, the residence of the Crown Prince, the prisons, the hospital and the various maintenance companies.

The ruins of the original palace let easily imagine the splendor of the European architectural style and expensive furniture that decorated the interior.

It is a 19th century castle built by King Henri Christophe, who dreams of such a sumptuous residence.

Henri Christophe was president and self-proclaimed King of Haiti from 1811 to 1820.

The motivation of the self-proclaimed King Henri Christophe to build this palace was to show that blacks who were captured in slavery could have their own Versailles.

The Palace Sans Souci rivaled by its marvelous architecture, destroyed by the terrible earthquake of May 7, 1842, the palace are are classified in the list of world heritage of UNESCO in 1982.

A well-informed Guide can help you visit and learn the stories and legends that are related to this great palace and its illustrious builder.

Today, there are only ruins of the Palace, visitable and unavoidable during a stay in Haiti. The Palace was certainly destroyed by an earthquake on May 7, 1842, but Palais Sans-Souci is listed as a UNESCO World Heritage Site in 1982. 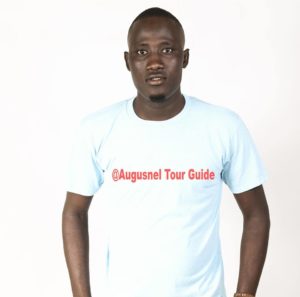